Cartographic evidence of the invisible cities

We associate cartography with the production of maps that represent the visible world in a synthesized way: a river is here; a street is there. In fact, maps have always been more than this. They allow those in power to organize and control territory, especially since the era of Western global colonization and the birth of statistics. Despiste this complexity, cartography has taken on yet another dimension in the twenty-first century. Vast amounts of data are about aspects of the world that are invisible to the human eye. Unlike humans, the machines that capture, store, and process data don’t need to see it. […]

Accessing that data is complicated. Private data belong to large corporations, and public data are not always available to the public. But in order to guarantee pure right to an equitable city, we must renegotiate business contracts and public sector regulations so that their data is accessible, and then combine those data with new information generated by active citizens. This will allow us to reconfigure the city for better analysis and diagnosis throught new cartographies.

Creating cartographies of the invisible is to map the ephemeral. A city is, above all, invisible activities: data generated by cellphones, social networks, bank transactions, consumption of basic services, check-ins at hospitality and entertainment venues, complaints, and more, combined with physical conditions, like those defined by environmental data, such as light pollution and noise, as well as air, water, and soil quality. […] 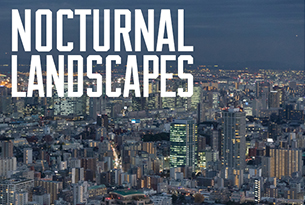