Olga Subirós is an architect and curator of exhibition projects that adopt an integrative approach to the culture of the 21st century and the far-reaching transformations of the digital age. Last May, Subirós was supposed to be opening her latest exhibition Catalonia in Venice – air/aria/aire, promoted by the Institut Ramón Llull as part of the collateral events programme of the 17th International Exhibition of Architecture of La Biennale di Venezia, but the Covid-19 pandemic forced the cancellation of the event, now postponed to 2021. We had a chat with this member of ARQUINFAD to find out more about her proposal and how it relates to the moment we are living. 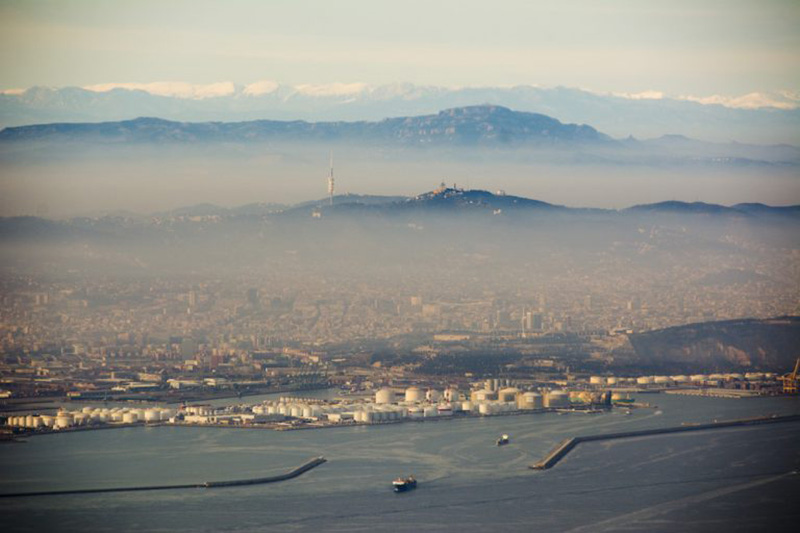 Which was the status of the project when the state of alarm was declared?

When the Covid-19 state of alert was declared, we were about to go to do two air mapping workshops in Venice with students from the IUAV di Venezia University. A workshop with analog tools and passive sensors organized by OpenSystems-University of Barcelona, and another with the Smart Citizen Kit developed by Fab Lab Bcn-IAAC and the Ideas for Change team. The two workshops were postponed sine die. Now it seems quite likely that we will be able to hold the workshops in the spring of 2021.

The installation was ready and is now in storage until we can resume its assembly and officially open the Venice Architecture Biennale on May 22, 2021.

The investigation that I commissioned, as the curator of the project, to the 300,000 Km/s team led by Mar Santamaria and Pablo Martínez and their article with the results and a cartography was about to go to print. We stopped the printing to give us time to reflect and incorporate what was happening.

This crisis has made us look at the world with new eyes, or perhaps open our eyes to issues that were there but to which, perhaps, we had not paid enough attention. What role does the air play in all these?

It is actually in the air where today’s biggest crises occur: the global climate crisis and the local public health crisis in cities caused by fossil fuel emissions. Crisis to which that caused by Covid-19 adds on.

All these crises are interrelated. According to the latest scientific studies (including Harvard University and Aarhus University), there is a correlation between the major numbers of Covid-19 cases and cities with populations exposed for years to higher levels of air pollution than those allowed by the WHO.

The feeling that we cannot breathe in the most literal and metaphorical sense is spreading globally. 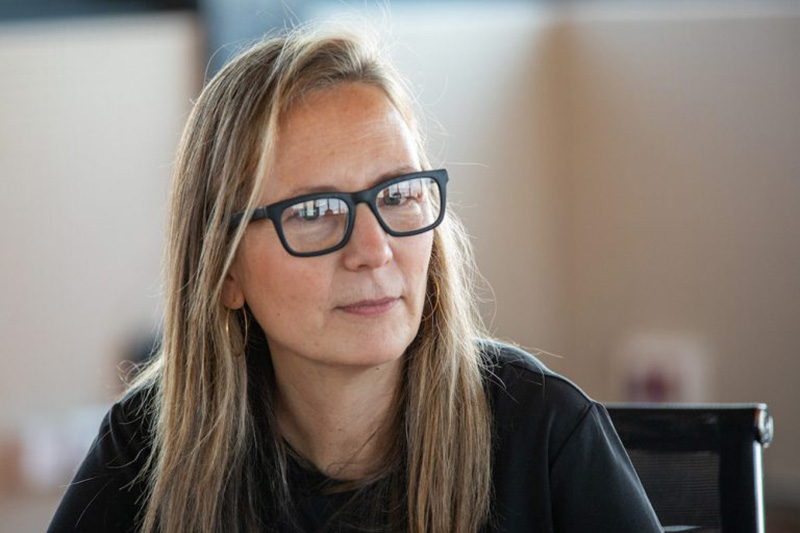 Indeed, the effects of the lockdown on air quality have made the scope of the climate emergency more visible than ever. Will the postponement of the exhibition update the projects you planned to show and / or will new ones be added?

AIR presents 12 measures to radically change the city of Barcelona. 12 measures that have a common denominator: the health of citizens as an absolute priority when making proposals for urban planning.

We are taking advantage of the fact that the presentation of the project has been postponed until next year and that the Biennial has allowed us to disseminate the results of the research to carry out a series of actions. The project website air.llull.cat is now available. On the web, you can already find the 12 measures proposed by the project, a series of podcasts, information on the workshops and more dissemination and public debate actions that we will be organizing.

These 12 measures are associated with cartographies that show the urgency with which we must act. As the 300,000 km/s team says “the city will belong to who can map it”. They have created a new cartography made with an innovative methodology to act on the city. This methodology is based on the analysis of big data, and can be extrapolated to other cities. It is the first urban research that, for the first time, has approached and is collaborating and sharing databases between the following leading scientific teams in the study of the impact of air pollution on cities and the health of its inhabitants: CALIOPE-Urban of the Barcelona Supercomputing Center, IDAEA CSIC, ISGlobal and Lobelia among others.

Besides continuing the debate on the climate emergency, the 12 measures call for a radical change to adapt the city to new realities and challenges. What role do architects and urban planners play in these?

Architects and urban planners have been asked to put health at the center.

The project also highlights the need for today’s urban planners to know and work with 21st-century tools: analysis of large amounts of data for the development of urban planning proposals that must respond to increasingly complex realities in cities.

María Neira, director of the Department of Public Health and Environment of the WHO tells us that “Health should be the priority of urban planners”. Xavier Querol, researcher of air quality at IDAEA-CSIC reminds us that we should not fall into the trap that makes us choose between “pollution and economy”. Activists remind us that “We have the right to breathe clean air. The private vehicle is not a right. Health is.”

Philosophers of science like Bruno Latour urge us to redirect our focus. It is not about saving our planet or exploring others. The planet is not ours. The protection of air as a common good should be located in a territory beyond the right-left struggle, beyond the global or local, beyond the idea of ​​progress. Consensus should come through the clarity of scientific evidence: the air we breathe is killing us.

It is an air full of Anthropocene. An air full of particles from fossil fuels of the machines we use. Therefore, it is an air designed by humans. We must redesign the air. A design that puts health and life at the center.

As architects and urban planners, we have the task of contributing to respond to the challenges of the climate change crisis, especially at the local level, in the design of the city and putting health as an essential priority. 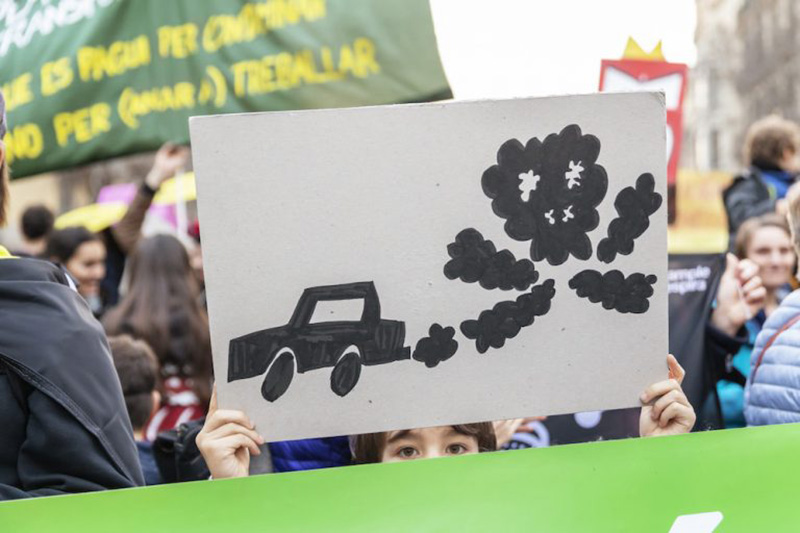 How do you design a city with health at the center?

We need a more walkable city, we need public transport that manages long distances, electric vehicles and alternative zero-emission means of transport, bicycle routes designed for the citizen and not based on urban morphology, a rational supply system for businesses and, in general, we need to recover public spaces for social relations and new uses that we have not yet imagined.

Some of us have overcome the fascination with technology, where the smart city meant putting as many data capture devices and sensors as possible, often out of pure technological solutionism, but it continues to interest large corporations such as Sidewalk Google labs, which understand the city as a mine of big data.

How do you rate the city’s ability to adapt to the challenges of the Covid-19 almost overnight?

Right now, images and proposals are arising everywhere on how to literally paint solutions on the sidewalks and driveways to achieve the necessary physical distance between people to coexist in times of Covid-19.

All these tactical urbanism initiatives that we have seen show how, through small-scale and low-budget interventions, it is possible to achieve a significant impact on public space and citizens. They are a great “dress rehearsal” on how to share our public spaces during this pandemic and in the future post coronavirus. For this reason, it is essential to give the value of a “pilot test” to what is being implemented. Many of the measures taken because of Covid-19 could go from being temporary to being permanent.

The negotiation of the city’s public space is at stake. This time, the odds are not in favour of mobility in fossil fuel vehicles, this time, finally, it is health. It is our survival. The virus is turning cities into laboratories for the change we need.

Public space is what makes us citizens. The quality of this public space must be the result of citizen participation and of expert urban planners and architects in active collaboration with other professionals who study the city. We are all agents of change in cities. I hope that a renewed sovereignty of the public space will be generated. One that manages the necessary transformation to an ecological transition. This will allow us to face the climate, health, social and economic crisis. The future is today. A present that does not hesitate giving top priority to health and that puts life at the center of decision-making about the city. 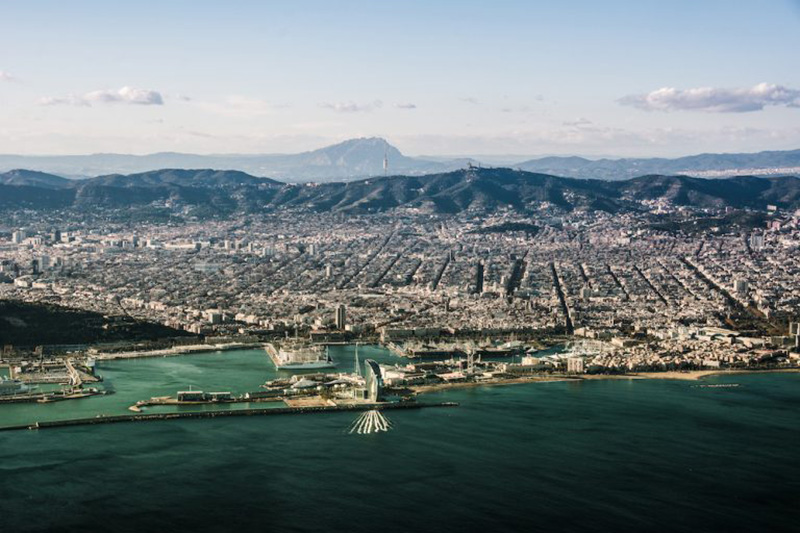 The title that Hashim Sarkis, Head curator of the Biennale, chose to give focus to the programme is “How will we live together?”. Why did you decide to approach it from an element such as the air?

The project “Air” is another way of understanding that the radical question, in reality, is “How will we survive together?”.

Air pollution affects seven out of ten cities. Nine out of ten people in the world breathe polluted air. There are more than seven million worldwide deaths annually (400,000 deaths / year in Europe) from air pollution.

Barcelona is the case study of the project. The choice is not trivial. We take Barcelona as a case study because the city has been breaching the 2008 European Directive on Air Quality for more than ten years.

Barcelona is the city with the most vehicles per km² in Europe. Specifically 6000 vehicles / Km². The vast majority of vehicles are fossil-fueled, so they are ultimately responsible for air pollution in Barcelona and, therefore, for the public health problem of its inhabitants.

To speak of air quality is also to speak of a model of city and territory. We need to radically transform our cities into a healthy, sustainable and fair environment.

How has been the challenge of building an exhibition project around something as essential but at the same time as intangible as air?

The installation presents a series of elements that show the materiality of the air we breathe in the city. I still cannot reveal many details because the Biennial doesn’t allow it yet. What I can explain is that we will fill the exhibition space with an “aria” (which in Italian means air and musical composition), a very special, unique artistic project, to which I have invited the singer and songwriter María Arnal. 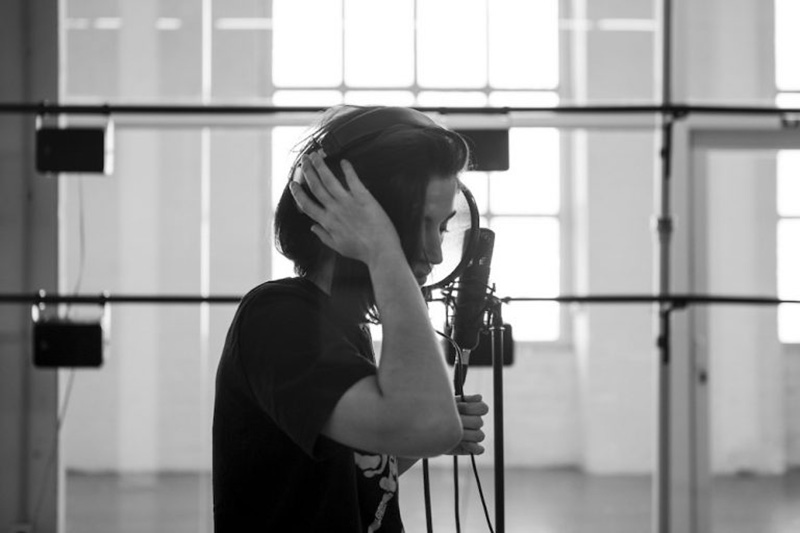 Cartographic evidence of the invisible cities