Letters to the Mayor is an itinerant exhibition that displays letters written by architects to their city mayors. The project has traveled to more than 20 cities across the globe, including Athens, Bogota, Buenos Aires, Lisbon, Madrid, Mariupol, Mexico, New York, Panama City, Sao Paulo, Taipei, and Taichung, among others.

Letters to the Mayor invites 100 architects in each city to write a letter to their mayor as a means of bringing innovative ideas and visions of the city closer to the decision-makers, and vice versa.

Throughout history, architects have addressed this responsibility by navigating the structures of economic, political, and cultural power in different ways, and with varying degrees of success. With the rise of globalization and the homogenization of the contemporary city, the political role of the architect has often been relegated to providing answers to questions that others have asked. Letters to the Mayor questions this dynamic by inviting local and global architects to deliver their thoughts directly to the desks of elected officials and, simultaneously, into the public consciousness. 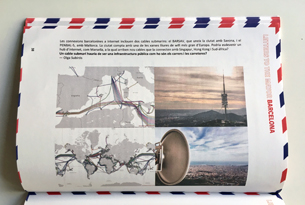